A similar stretch of Nute road, although likely not the same houses and barns, may be seen today. (This view is from Google Maps).

The other Shapleigh painting, a view from the Lewis W. Nute farm looking towards Farmington and the New Durham ridge beyond, is undated, but one might suppose it dates from the same time. One might even suppose that the artist was a guest of Lewis W. Nute.

A similar view may be had from Nute Road today. (This vantage is from Google Maps). The artist would have been closer to the further edge of the field and there were fewer trees between him and Farmington. 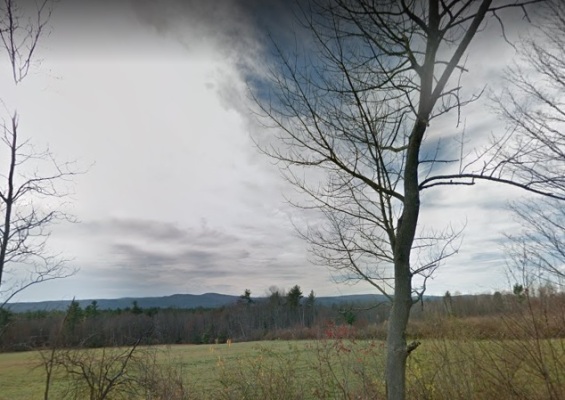